You are here : Home > News & Articles > Why dog owners are giving their pets cannabis

Why dog owners are giving their pets cannabis 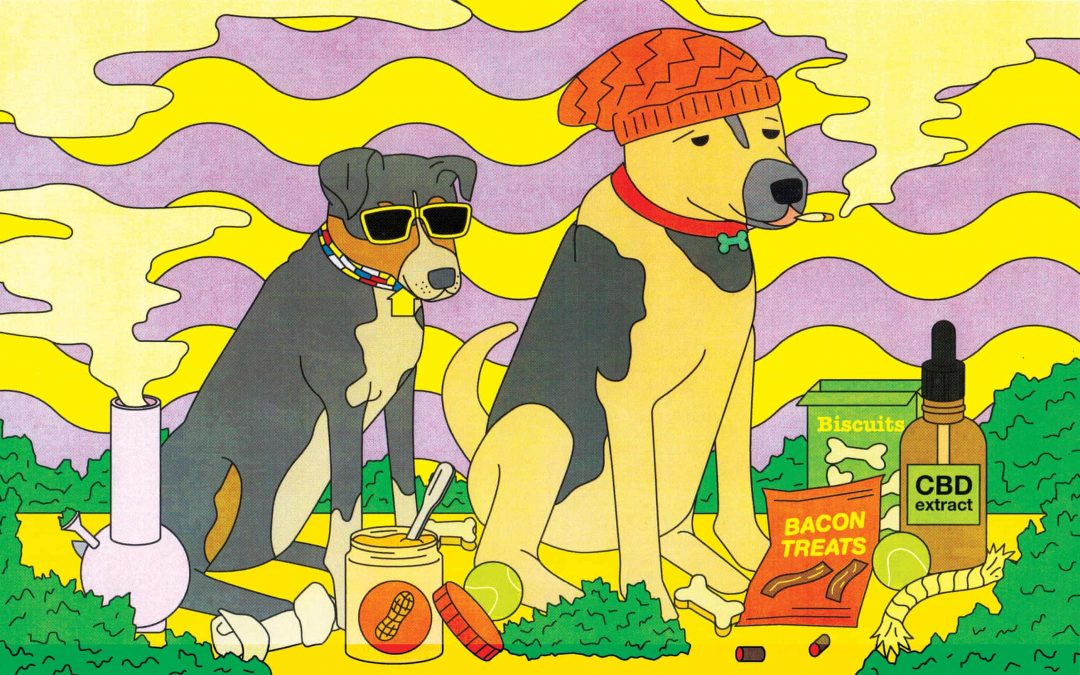 As legalization spreads, some advocate giving pets CBD – a chemical in marijuana – as a medical treatment

As surely as the gun displayed in act I will go off in act III, the dog in a stoner comedy will get blazed. At home, amateur animal behaviorists have long studied the effects of mind-altering drugs on their pets. Now cannabis legalization brings the promise of important new medicine for animals – burdened by many of the same limitations seen in medical marijuana for humans.

Legalization’s progress across much of North America has given rise to a craze for cannabidiol (CBD), a chemical found in marijuana. The chemical doesn’t get users high, but cannabis advocates have associated itwith numerous medicinal properties, only a fraction of which have been scientifically proven. Some also advocate it as a treatment for pets.

A San Francisco startup, Rowley’s Good Stuff, for instance, sells tubes of CBD-infused peanut butter for dogs. Mike O’Reilly, who helped his wife, Christina, start the company, aims to simplify this “amazingly confusing industry” with a product dogs will enjoy. It was inspired by Rolo, their giant leonberger, who suffered from a painful bone cancer during the last months of his life. “He licked it right up and all of a sudden he’d be asleep like a baby.”

Gary Richter, a veterinarian in Oakland, California, says he gets asked about treating pets with CBD every day. It has “a lot of beneficial medical properties” for dogs, he says. “I’ve seen animals that have fewer seizures,” as well as improvements mitigating separation anxiety, aches and pains and gastrointestinal problems like vomiting and diarrhea. “What it doesn’t do, which is unfortunately what everyone wants it to do, is fix everything.”

As a veterinarian, Richter can’t legally recommend CBD for pets, though starting 1 January in California, he will be able to discuss it with pet owners – a subtle distinction.

Despite popular belief, Richter explains, THC – the chemical in cannabis that gets users high – is not toxic for dogs and has medical applications but must be used under medical supervision.

That doesn’t mean owners should feed dogs cannabis to amuse themselves. My last column described how eating too many edibles can be a miserable experience for humans. The same thing can happen to dogs, and because they lack the awareness of what’s happening, they can hurt themselves. While the THC itself won’t kill a dog, its follow-on effects could. Richter saw one dog aspirate on its vomit and die after it consumed THC.

Stephen Cital, a veterinary technician who advises the CBD company Phyto Animal Health, predicts that as access improves, more of the compounds found in cannabis will be incorporated into animal treatment, paralleling growing interest in these chemicals for humans. He said cannabis has been tested on 24 species, including birds, reptiles and invertebrates.

Pet owners who are curious about CBD are still largely on their own. Few veterinarians know much about it; it’s not taught in US veterinary schools.

“As with every pharmaceutical, people should be very careful about what they’re giving their pets,” Richter said. CBD dog treats can be purchased in some pet stores and online but there’s “no oversight of the quality of these products”. They’re also expensive; for a large dog, a month’s worth of CBD can easily cost $300-$400.