You are here : Home > News & Articles > What is CBD? The ‘miracle’ cannabis compound that doesn’t get you high

What is CBD? The ‘miracle’ cannabis compound that doesn’t get you high 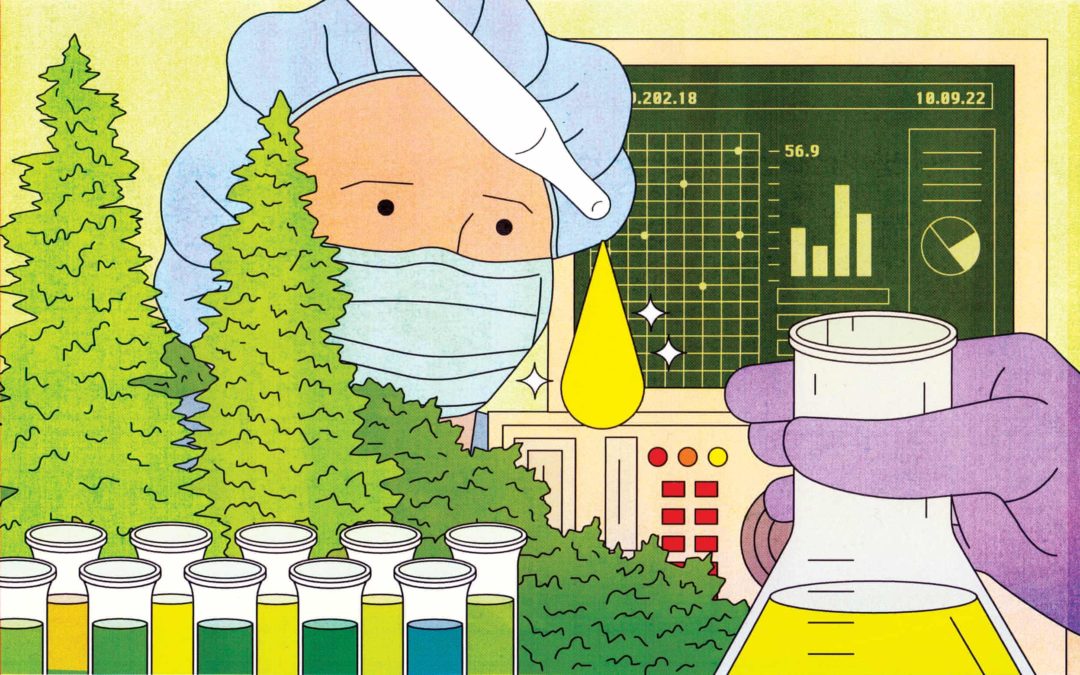 The cannabis-derived chemical is non-psychoactive, and – while federally illegal – has been hailed as a cure for disease

In early May, a federal court declined to protect cannabidiol (CBD), a chemical produced by the cannabis plant, from federal law enforcement, despite widespread belief in its medical value.

The ruling was contrary to existing evidence, which suggests the chemical is safe and could have multiple important uses as medicine. Many cannabis advocates consider it a miracle medicine, capable of relieving conditions as disparate as depression, arthritis and diabetes.

The perception of its widespread medical benefits have made the chemical a rallying cry for legalization advocates.

The first thing to know about CBD is that it is not psychoactive; it doesn’t get people high. The primary psychoactive ingredient in marijuana is tetrahydrocannabinol (THC). But THC is only one of the scores of chemicals – known as cannabinoids – produced by the cannabis plant.

So far, CBD is the most promising compound from both a marketing and a medical perspective. Many users believe it helps them relax, despite it not being psychoactive, and some believe regular doses help stave off Alzheimer’s and heart disease.

While studies have shown CBD to have anti-inflammatory, anti-pain and anti-psychotic properties, it has seen only minimal testing in human clinical trials, where scientists determine what a drug does, how much patients should take, its side effects and so on.

Despite the government ruling, CBD is widely available over the counter in dispensaries in states where marijuana is legal.

At age five, Charlotte suffered 300 grand mal seizures a week, and was constantly on the brink of a medical emergency. Through online research, Charlotte’s desperate parents heard of treating Dravet with CBD. It was controversial to pursue medical marijuana for such a young patient, but when they gave Charlotte oil extracted from high-CBD cannabis, her seizures stopped almost completely. In honor of her progress, high-CBD cannabis is sometimes known as Charlotte’s Web.

After Charlotte’s story got out, hundreds of families relocated to Colorado where they could procure CBD for their children, though not all experienced such life-changing results. Instead of moving, other families obtained CBD oil through the illegal distribution networks.

In late June, the US Food and Drug Administration could approve the Epidiolex, a pharmaceuticalized form of CBD for several severe pediatric seizure disorders. According to data recently published in the New England Journal of Medicine, the drug can reduce seizures by more than 40%. If Epidiolex wins approval it would be the first time the agency approves a drug derived from the marijuana plant. (The FDA has approved synthetic THC to treat chemotherapy-related nausea.)

Epidiolex was developed by the London-based GW Pharmaceuticals, which grows cannabis on tightly controlled farms in the UK. It embarked on the Epidiolex project in 2013, as anecdotes of CBD’s value as an epilepsy drug began emerging from the US.

While parents treating their children with CBD had to proceed based on trial and error, like a folk medicine, they also had to wonder whether dispensary purchased CBD was professionally manufactured and contained what the package said it did. GW brought a scientific understanding and pharmaceutical grade manufacturing to this promising compound.

Fortunately, like THC, CBD appears to be well tolerated; as far as I can tell, there are no recorded incidents of fatal CBD overdoses.

GW’s first drug Sativex, which contains both CBD and THC, is available as a treatment for MS-related spasticity in Canada, Australia, and much of Europe and Latin America. The company is also studying cannabinoid-based drugs as a treatment for autism spectrum disorders, an aggressive brain tumor called glioblastoma, and schizophrenia.

Other industries, not subject to the strict regulations governing pharmaceuticals are eager to develop their own CBD products, everything from joints and vape pens to skin creams and edibles which may or may not have valid medical use.

In Los Angeles, it’s among the latest wellness fads. It can be found in cocktails, and an upscale juice shop will even add a few drops of CBD infused olive oil to a beverage for $3.50.

High time is the Guardian’s column about how cannabis legalization is changing modern life. Alex Halperin welcomes your thoughts, questions and concerns and will protect your anonymity. Get in touch:high.time@theguardian.com