You are here : Home > News & Articles > CBD Oil: The Facts, Risks and Alternatives 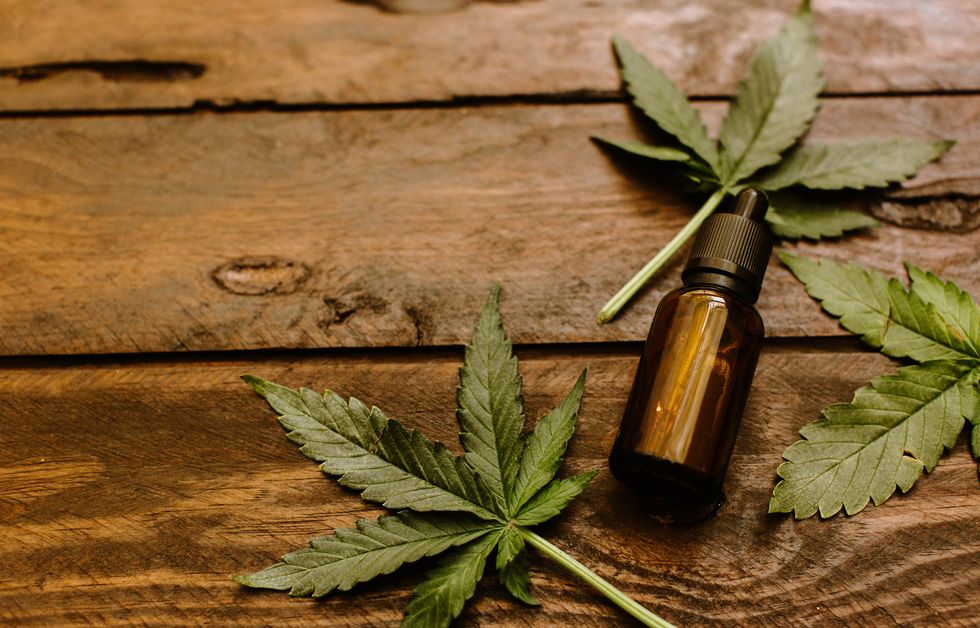 Cannabidiol, more commonly known as CBD oil, is one of the fastest growing industries in the UK. No longer relegated to dropper bottles and capsules, you can slather the stuff on your hair in shampoo, chew it in vitamin gummies, and drink itin water, wine, or cold-brew coffee. You can even buy CBD-laced treats for your dog.

Marketed as a miracle remedy, manufacturers contend that CBD oil provides relief from everything from chronic pain to depression and anxiety, but are those claims accurate? MH takes a closer look at the cannabis based phenomenon…

What Is CBD Oil?

It’s weed, but not as you know it. You might already know that the cannabis plant contains more than 100 different naturally occurring compounds, known as cannabinoids. Hemp is a term used to classify varieties of cannabis that contain 0.3 per cent or less of THC – the psychoactive cannabinoid that makes you high – while marijuana refers to strains that contain more than 0.3 per cent.

Cannabidiol, or CBD, is a botanical extract from hemp plants (rather than marijuana plants) which means you won’t get high using CBD products. But it also means that you don’t have to meet a dodgy bloke in a dark-windowed Vauxhall Corsa to acquire them. After it has been extracted from the plant, CBD is diluted with a ‘carrier’ oil, often coconut or hemp seed oil. Et voila.

What Are the Effects of CBD?

This is where things get interesting. Your brain and body houses a communications system called the endocannabinoid system (ECS) – named after the cannabis plant that led to its discovery – which is involved in regulating a bunch of really important physiological and cognitive processes, like appetite, sleep, immune system, mood and memory.

Without getting too hung up on the science, research indicates that CBD interacts with endocannabinoids, the chemical messengers of the ESC, to have a protective, anti-inflammatory effect on your noggin.

What Are the Benefits of CBD Oil?

The most promising health benefits, however, lie in the management of anxiety; timely, given the fraught state of modern mental health. But there’s plenty of anecdotal evidence – in one survey, almost one in 10 users reported that their chronic pain, inflammation and anxiety had been completely cured by CBD, says Jon Liebling of the United Patients Alliance. And while claims that it can cure diseases require further evidence – your GP isn’t about to start prescribing it, put it that way – there’s no medical reason not to dabble while the research catches up.

Are There Any Side Effects?

Some research indicates that using CBD oil can trigger side effects like nausea, fatigue, irritability, dizziness, dry mouth, and changes in appetite. It may also interact with certain medications, for example blood thinners, or interfere with the way your body breaks them down in much the same way grapefruit juice does.

Where Can I Get It From?

If you’re thinking of dabbling with CBD products, now is a good time, since major brands such as Holland & Barrett and Healthspan stock them. They also offer their own ranges containing varying amounts of CBD – which is reassuring, because you can be sure that they’re sticking to strict EU guidelines regarding purity, dosage and contaminants. The same cannot be said for independent online retailers, so steer clear of their snake oil. There are a number of forms of CBD oil, including gel capsules, tinctures and mouth sprays. Some can also be applied directly to the skin, in the form of products like creams and balms.

What Should I Avoid?

Don’t get overexcited. Your body’s response to CBD dosage is bell-curved. Take too little and you won’t feel anything; too much and you risk side effects such as diarrhoea, which is not exactly chill, man. Research into dosage is still hazy, so build up slowly to find your own ‘Goldilocks zone’.