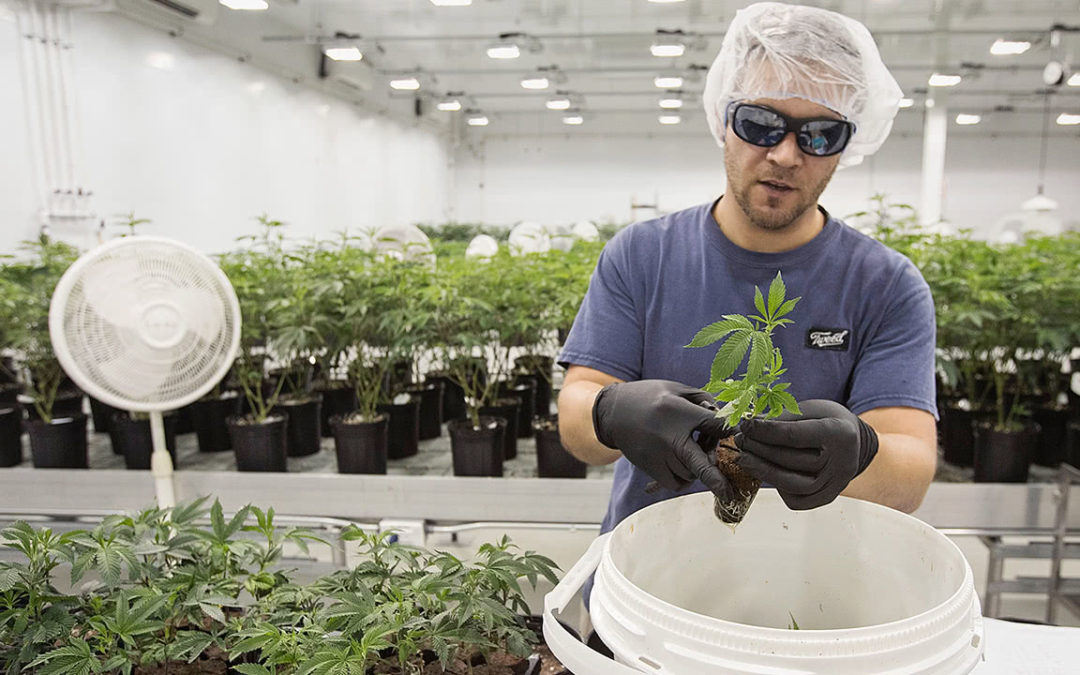 SATIVEX comes in a small brown glass vial. Each spray, delivered under the tongue or to the cheek, emits 100 microlitres of a solution including alcohol, peppermint oil and a mixture of THC and CBD, the active ingredients in cannabis. GW Pharmaceuticals, its manufacturer, insists it is a “cannabis-based medicine”, not “medical marijuana”, since it is made to exacting pharmaceutical standards. It nevertheless contains extracts from Cannabis sativa, the cannabis flower and plant, and some users report a mild high. It can be prescribed by doctors, most often to sufferers from multiple sclerosis (MS).

Partly as a result, fuzzy fronds are flourishing in British greenhouses. In 2016 Britain harvested 95 tonnes of legally grown cannabis, twice as much as a year earlier, and more than any other country. The International Narcotics Control Board, an independent monitor linked to the UN, reckons that Britain is the world’s largest exporter of legal cannabis (in the form of medical products). And GW has another product, for treatment of drug-resistant epilepsy, under consideration by regulators in America and Europe.

But, unlike in some American states, those who use cannabis in its most basic leaf form to treat other illnesses run the risk of prosecution. Jon Liebling of the United Patients Alliance, a campaign group, recalls being busted a few years ago for growing a plant for him and his friends to treat illnesses, including anxiety and MS. “The government had taken my medicine,” he complains. Last October MPs joined activists smoking joints at a “cannabis tea party” outside Parliament to call for the legalisation of cannabis for medical use, which some define as having the right to grow their own.

Others hope for regulatory change, arguing that the road to market is too costly and unwieldy for a cheap herbal product. It requires approval by both the medicine authority and the Home Office. One policy adviser notes that GW Pharmaceuticals has an enormous first-mover advantage, having emerged from the process with a number of patents. Gavin Sathianathan of Forma Holdings, a firm that invests in medical-cannabis companies, says that Britain’s restrictive laws are hindering the growth of the next big biotech industry.

The lack of competition not only denies patients access to medicine, it also pushes up prices. Although Sativex is licensed for the treatment of MS, in 2014 the National Institute for Health and Care Excellence, which advises the National Health Service, decided its benefits were not worth the cost (a different decision was reached in Wales, where the drug is still available on the NHS).

Cutting red tape may thus be a sensible move by the government. “If we’re going to fight the war on drugs,” says Mr Sathianathan, “we should at least get the sick off the battlefield first.”

Credit: This article appeared in the Britain section of the print edition under the headline “Chronic problems” – https://www.economist.com/britain/2018/03/17/britains-stringent-rules-on-medical-cannabis-harm-patients